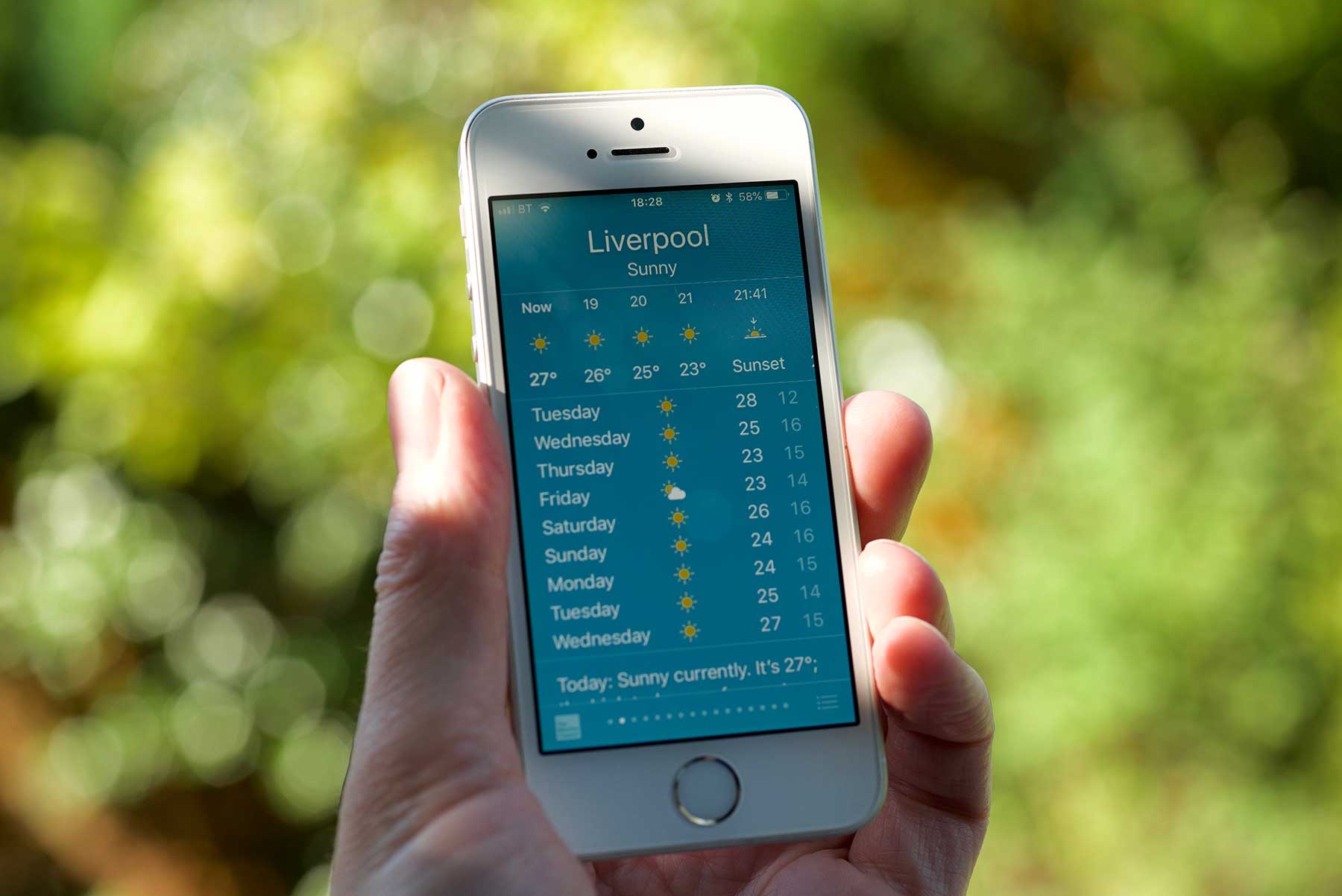 Humans are obsessed with weather – arguably we have been since the dawn of time. Beyond the survivalist notion of wearing enough clothes, it is a topic of discussion every day in every city of the world; and since the rise of the smart phone, weather is now at our fingertips (as is social media, maps, email and birds with anger management issues). In fact, weather apps are the second most downloaded app category in the digital space (after games), and the average Apple iPhone or spontaneously combusting Samsung Galaxy has 2 or more downloaded onto it.

Most weather apps are similar giving the basic details of expected minimum and maximum temperatures for that day, the next day and even up to 14-day forecasts. Fancy ones include multiple locations, and more nerdy details like wind speed and direction, rainfall predictions and relative humidity.

But all of them do one thing the same – they live in the future not the past. You can see what next Tuesday will feel like, but not what last Tuesday felt like. They are future focused and virtually ignore the past. In a way, weather apps are proactive rather than reactive. And this notion is a powerful one.

Morning shows can spend too much time looking in the rear view mirror and not enough time looking forward. Sure, there is inherent value in dissecting what happened on today’s show but significantly more value in planning memorable content for tomorrow’s show. Ratings numbers (good or bad) or the act of reverse engineering a talk-break that worked or needed work are important things to concentrate on but only to a point. The team building, focus and sheer opportunity that show-planning gives us is immeasurably more important than retrospective diagnostics.

Radio stations fall into the same trap. PDs pour over movements in demographics and hour-by-hour numbers robbing themselves of time to work on the art of true audience focus that comes from a flawlessly executed music log, a killer promotion and the amplification of brand value through memorability.

Plan. Plan like you mean it. Make it part of your DNA. The goal at least should be to plan more than you ruminate – even if its only 51% to 49%.

Your audience will thank you for it – rain, hail or shine.