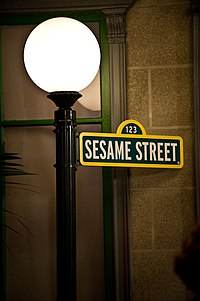 By Ronnie Stanton November 14, 2019 No Comments

This week marks the 50th anniversary of the most loved children’s show in the world. Sesame Street debuted on November 10, 1969, and has since been produced in 70 languages in 150 countries. It has won 189 Emmy awards, 11 Oscars and after nearly 4,500 episodes it continues to educate and entertain. The show was conceptualized by Joan Ganz Cooney and Lloyd Morrisett with the goal of creating a children’s show that “mastered the addictive qualities of television while doing something good for them”.

The educational spine of the show is brought to life by special guest stars, human actors and Jim Henson’s beloved Muppets. The attention-grabbing richness of these furry characters has ingrained itself in the DNA of adults who grew up on Sesame Street and the love for these larger than life personalities is enduring.

It connected because all of these characters are distinctly memorable and unapologetically themselves. That’s an important ingredient in radio too.

You don’t expect a grumpy, dirty green creature who lives in the garbage on a kid’s show but that’s who you get in Oscar The Grouch – true to himself in every segment for the last five decades. Trying to be something or someone you are not might work for a segment, or a full show, or even a week. But sooner or later the audience will see through the missing authenticity and leave you for a competitor.

Be the best, most likeable version of you. But, be you.