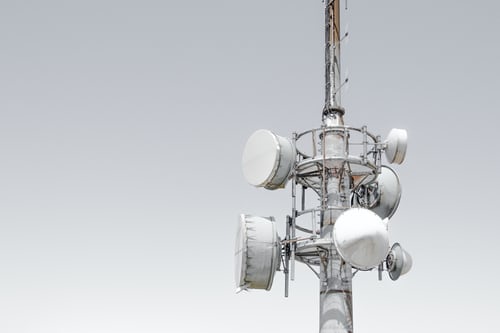 By Ronnie Stanton September 16, 2020 No Comments

Conspiracy theorists would have you believe that 5G spreads Covid-19, causes cancer, kills birds, and ruins your soufflé. It doesn’t, but let’s clear up some of the nerdy sciency stuff on how it works.

A quick history lesson first. The first iPhone was 2G (as in the second generation), it was slick but it primarily did voice calls. Then came texts, sexts, and other greater smartphone functionality. So developers focused more on the data side of phone usage and 3G was born. Data hungry customers wanted more and more of it and they wanted it faster and faster than ever – leading us to where we are today, 4G / LTE.

Now with 5G is more than just data speed. A 5G cell tower can handle up to 100 times the users of a 4G tower and if the provider is operating in the upper end of the frequencies, there will be lightning speeds available for users. So yes – it’s faster. No – it doesn’t give you Coronavirus. And being connected is everything today.

The same could be said for radio. And now more than ever.

Listeners are not seeking out your brand anymore for their most beloved Pearl Jam song, or the new Sia hit. They can access their favourites in seconds in seconds on Spotify, Apple Music, YouTube or a myriad of other digital music providers. Radio’s primary function has shifted. This pivot was unavoidable with the tide of change driven by the technology shifts of the last few years as well as the ubiquity of abundant music platforms. But it’s been Covid-19 that was the catalyst for a greater, wholesale change to both listening habits and audience needs.

Music is no longer the principal audience magnet.

It’s still important to get it right, but the playlist’s role now is to set the tone of the party. It’s no longer the whole party. Now, the content between the songs is the glue – some of it is the brand value of the imaging and promotions but most importantly it’s the human connections, that compelling in-the-moment content, and the memorability of your on-air teams that will define your success and pave our future. Today is the day for radio, as an industry, to double down on talent. It’s time to revisit strict song counts and relax inflexible time constraints on handcuffed talent. We should be ready to experiment with adding voices – more callers in music shifts and more multi-person shows beyond just breakfast.

Talent has always been the difference-maker but now they are our only point of difference.  2G or 5G, text, or voice. People need people. So let’s deliver!