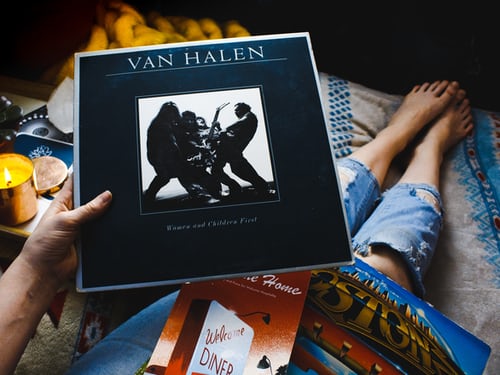 By Ronnie Stanton October 7, 2020 No Comments

The house band in Valhalla just scored a hell of a guitarist with the passing of Eddie Van Halen.

The soul of a song for him was the music and the musicianship. He joked during press conferences surrounding the departure of lead singer David Lee Roth that the vocals often ruined his songs, detracting from them rather than adding to them. And whether intentional or not – he trail-blazed, changing the way the bands that followed would play guitar.

Eddie was many things. A guitarist yes, unquestionably a great, maybe the greatest ever – his slow acoustic work and his riffs will never be matched. A difficult bandmate, sure – both Dave and Sammy would agree to that. But most of all, he was an innovator.

And his list of innovations is quite extraordinary. He reimagined ‘tapping’ after first seeing it done by Led Zepplin years before and took it to a level of perfection. He literally redesigned the way guitars were made – creating the ‘Superstrat’. He said the ones on the market at the time just couldn’t do what he needed them to do so he sanded edges, rebuilt whammy bars, and reversed tuning pegs – all now industry standards. He played the way others couldn’t, teaching himself to create signature whaling sounds because he couldn’t afford a distortion pedal as a kid, And he often simple broke the rules – he used an electric drill on his guitar for the intro to ‘Poundcake’.

Are you an innovator? If you’re not – you’re in big trouble. Audiences are demanding more – and industry opportunities are narrowing. Only the most memorable and innovative will succeed now. That shouldn’t deter you – it should be a primary motivator.

Accepting what you did yesterday as good enough today will only see you fall behind the pack. You have to walk into every show asking ‘what else?’. You should be determined to bring topics or bits to life in a way no one else can. You should constantly be seeking noisemaker opportunities to create something bigger than life that lives beyond the confines of your show and extends to online or onsite. You have to ask ‘what can I do that is truly memorable that will send my audience away desperate to tell their friends and workmates what they heard?’, thus creating an army of fans.

That’s what dreams are made of.