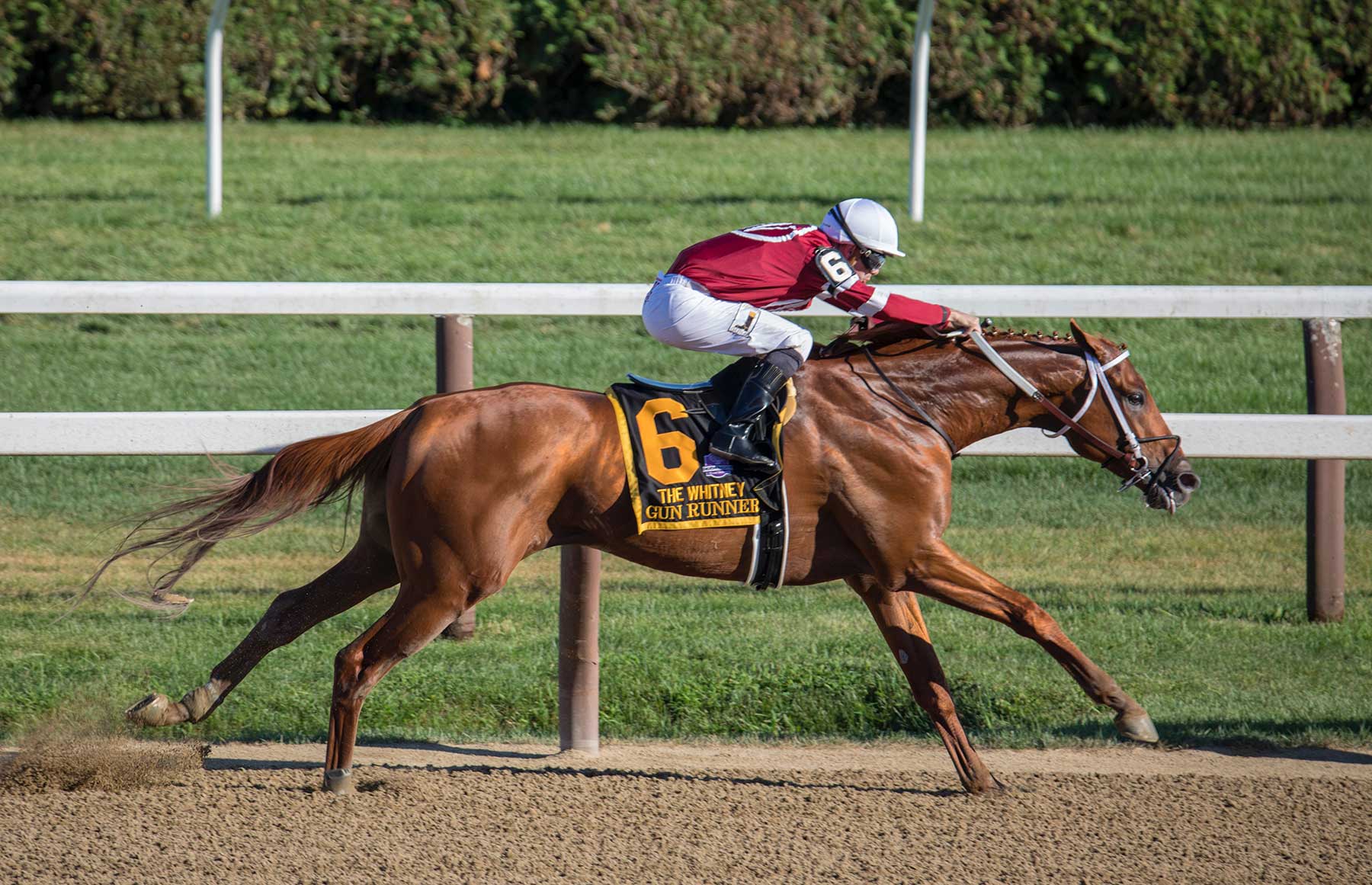 This is the story of a truly terrible racehorse. Zippy Chippy was born April 20, 1991 and found fame for losing every single one of his 100 races. He was owned and trained by Felix Monserrate, a dreamer who traded his beat up 1988 Ford Truck for the horse believing the gelding could capture hearts around the world. That he did. But not through the winner’s circle.

William Thomas, a Canadian writer who penned the horse’s biography wrote of Felix and his loveable loser “They were both stubborn. They both never quit, and yet Felix was proud to be a trainer and Zippy was proud to be a racehorse, he just wasn’t very good at it”. Tom Glicoyne, a historian from the National Museum of Racing in the USA noted that Zippy Chippy “hasn’t done anything to harm the sport. But it’s a little bit like looking at the recorded performances of all horse races through the wrong end of the telescope”.

100 races, zero wins. On nearly 20 occasions Zippy failed to jump out of the gate and even start the race. On his final dash, he turned sharp right as the starters gun went off and stopped in front of the grandstand, bowing to the crowd. A true star after all.

Zippy now lives on a retirement farm in New York and during Summer, hundreds of people visit his corral every week for photos. The horses in the neighbouring paddocks were winners, champions even, but it is Zippy Chippy the tourists pay to see.

Consistency is everything. Audiences don’t have a real awareness of the ratings systems that motivate, terrify and often paralyze us as professionals – all they hear is their favourite station or morning show. And the power of reliability is where stars are born.

When expectations are met, when entertainment becomes truly dependable and when brand values are carved in stone, great things will happen. Many a station and show have found fame – both from their listener base and their management teams – without ever being crowned top dog. A perennial #2 show for example, is worth more than one that bounces up and down everyday.

That is not to suggest one can rest on their laurels or that winning doesn’t matter – quite the opposite. Never take your eyes of the goal but be proud of the journey and strive for reliability over flash in the pan success.