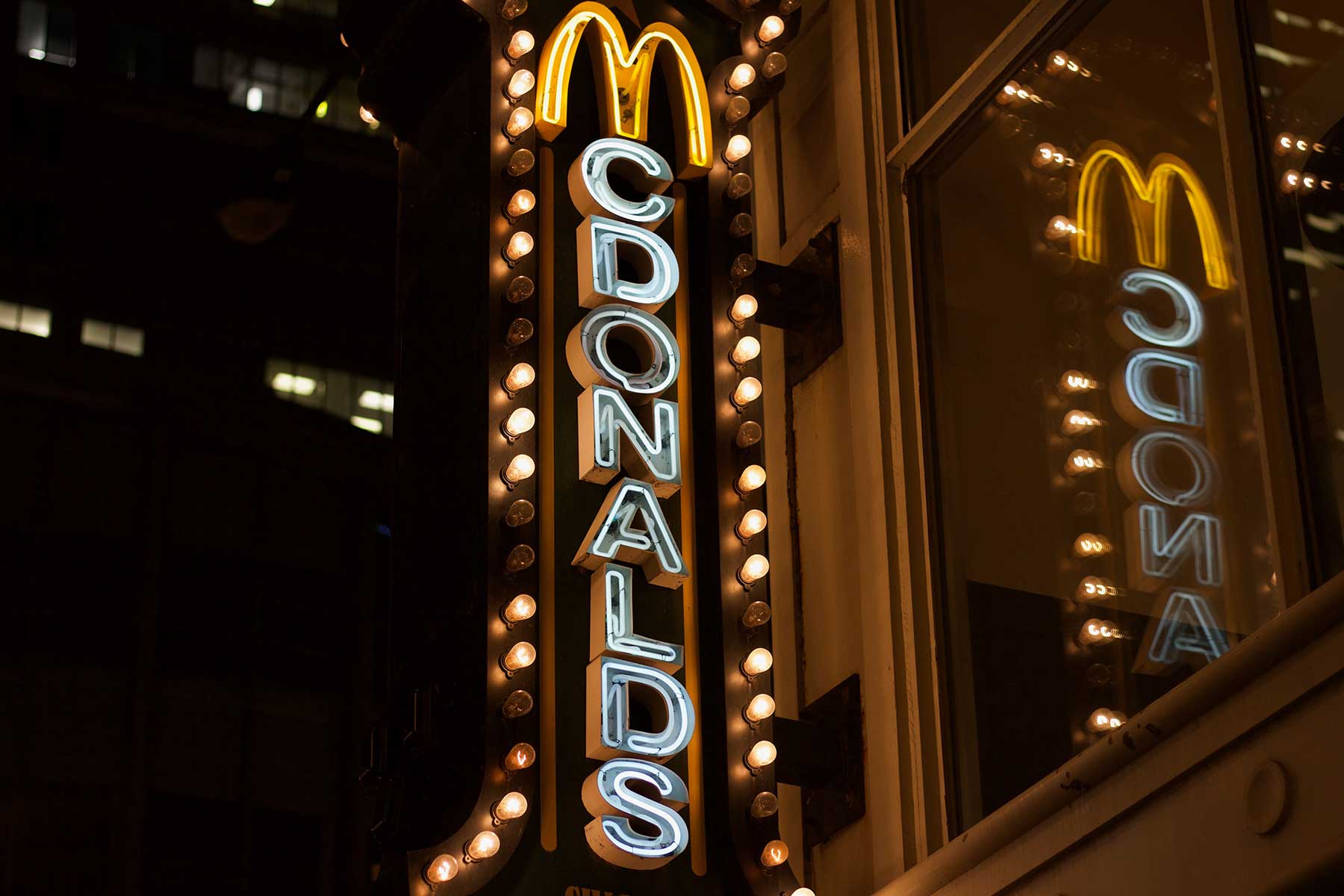 McDonalds restaurants are in 118 countries and serve nearly 70 million people each year. They have been flipping burgers since 1940 and the success of their brand continues to survive and flourish despite changing eating habits and the pesky focus on consuming healthier foods.

Twenty years ago the thought of Grimace peddling real fruit smoothies was preposterous; there was no talk of the Hamburglar undergoing reassignment surgery to become the Saladburglar and the notion of the red haired, fast food clown serving fruit cups with Happy Meals was laughable.

This brand elasticity extends to local fare too. McDonalds is sensitive to the cultural taboo of eating beef in India and they serve McRice in Japan. Selling prawn burgers may feel off brand but they do it in Singapore. In Germany they sell McBeer; in New Zealand, meat pies. Canada is the only country where the logo is different as a maple leaf sits in their Golden Arches and Australia is the only country in the world where they sell burgers containing beetroot.

McDonalds has done this by weaving a brand that extends past their actual menu. Sure, the Big Mac is iconic, but the McExperience is about ease and speed and lighthearted fun. It’s cheap, it’s no frills, the restaurants are generally clean and people of all ages are happy to indulge.

McDonalds have mastered the ‘here and now’. The ‘here’ is their flexibility to the wants and needs of the country or market they are in. The ‘now’ speaks to their nimble menu dexterity, riding the wave of food fads and eating trends.
This ‘here and now’ philosophy is key to radio as well – it’s the make or break pivot. As technology closes in around us – streaming services, the connected car – our audience can get their favourite song in a bunch of places. It’s our job, if we want to survive and flourish; to work hard at what happens between the songs – to deliver ‘here and now’ context not just ‘anywhere and anytime’ content. If that last break on your station could be picked up and dropped in another market it probably missed the mark. If that last break could be picked up and dropped a month from now it definitely missed the mark.

Marry the listener to the city around them and marry them to the day. That’s context. That’s McMagic.